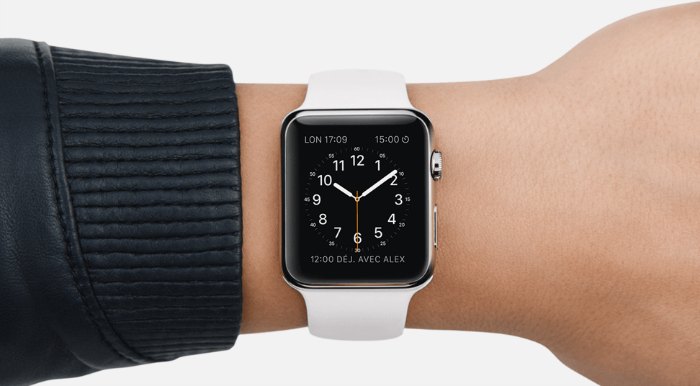 If you pay notice to watch ads you might have noticed that the clockhand always displays 10:10. But why so? Marketing specialists use this timetable for their ads precisely because it frames the logo, which is usually placed near the 12. It apparently also allows the display of a perfectly symmetric ad so that people have a clear view of the brand’s logo and the products design.

However, why has Apple now decided to post a slightly different timetable for its communication campaign and all its online ads? Over and above the fact that Apple never confirms with standards, there is a logical explanation to this.

Apple has always carefully chosen the timetables shown on its devices in its keynotes and communication campaigns. The iPhone always showed 9:41 on all its visuals: it was the time at which Steve Jobs inaugurated the first Apple smartphone of the range in 2007.

But why choosing 10:09 for its already-famous connected watch?

One of the advanced theories is that it was a way for Apple to prove its power and how it was ahead of time on the market of smart watches. While most watchmakers prefer exact times (Rolex usually indicates 10:10:31, TAG Heuer prefers 10:10:37 whereas Bell & Ross chose 10:10:10) a small group of watchmakers such as Timex made 10:09 famous. The American brand made the decision to post an ad showing a display with 10:09:36.

If we have a closer look, we notice that Apple went one step further and presents the most advanced timetable of the market using 10:09:00 or 10:09:30 in order to position itself as the leader of the watch industry. But Dave Mark, an American blogger and Apple specialist states that Apple have done this not only to be ahead of the market but also in order to present a perfectly symmetric watch dial:

“I believe that it is more a matter of symmetry, perfectionism for Apple than a will to position itself as advanced on the market. At 10:10, the hour hand is placed at one-sixth between 10:00 and 11:00 on the dial. If the minute hand is placed on 2 (meaning 10 minutes), both hands are not symmetric. In order to have a perfect symmetry, the minutes’ hand has to reach 9 minutes.”

No matter who is right or wrong, Apple has inevitably a good explanation to this, not mentioning this timetable randomly which also created extra buzz around the launch.