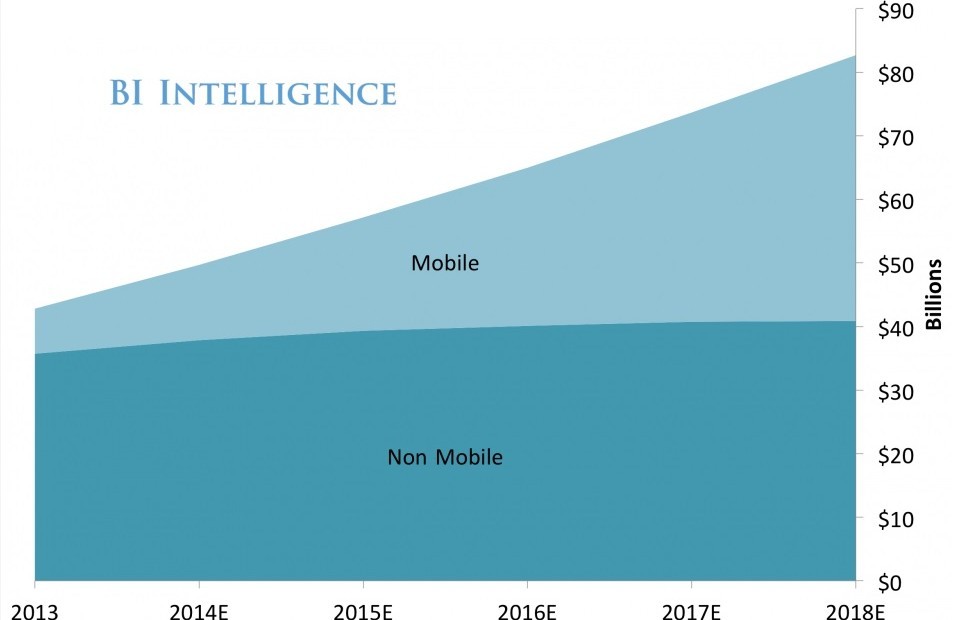 Mobile advertisement is growing faster than any other type in the US. Advertisers allocate more and more budget to this vertical which is still has a lot of potential compared to its actual usage.

Looking back, we have noticed a sharp contrast between the time spent on mobile devices by users and the ad budget invested across the channel (still undeveloped).

BI Intelligence, the BusinessInsider’s data base forecasted that this gap will progressively be reduced over time in favour of mobile ad formats (particularly thanks to the advent of Rich Media formats and native ads). Advertisers start to also leverage the exact targeting options and web placements, which contributes to the current trend-reversal.

New data published by BI Intelligence shows that US mobile advertising market should reach 42 billion dollars in 2018 thanks to a compound annual growth rate (from CAGR) of 5% over five years, which equated in a 43% of growth from 2013 to 2018.

The report looks at the most developed mobile formats: display, video, social and search. It also provides some forecasts about the evolution of the different formats over the years to come and mobile ads performances. Programmatic technology is also tackled and discussed.

Here are the major announcements of the report:

To download BI Intelligence report, you can click this link. You will find 12 graphs that illustrate BII forecasts but also a detailed case covering all the important points raised in this article.