Google’s Mohan: Viewability should not be a question

Home » Google’s Mohan: Viewability should not be a question 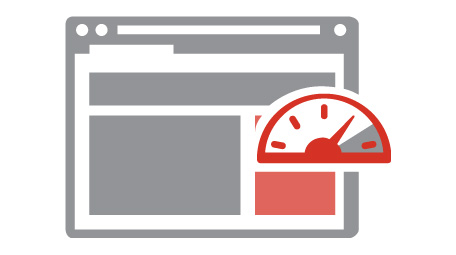 Having talked about viewability the first time within our article “Why half of Google ads aren’t seen”, we move on and ask the question if it is even possible to guarantee an ad view. But the topic is not finished with defining if an ad has been seen or not, what we really need to look at is what actually counts as a view and how is this measured ?

Can we talk about a display revolution?

At the present time, nobody has been able to bring a clear answer to this question since no official display viewability standardisation has been agreed on. There are plenty of new technologies in the market monitoring the viewability and brand safety of display ads, however benchmarks and definitions vary from one to another. To Neal Mohan, occupying the position of vice president but also display and video manager for the Mountain View giant Google, this is a major problem and the reason why it’s time to bridge the gap.

The definition provided by the technology provider MRC states that an ad is considered as seen when being 50% in-view for at least two seconds. Mohan says that such definition should be adapted to something more exact and become the official definition within the display sector.

Why is ad viewability so important?

Tests performed in April made specialists realise that “display conversion rates increase by 50% when impressions are actually seen by users. On the one hand 50% of ads seen for a minimum of one second lead to a better user acknowledgment of the brand, which represents an increase of 10,3%. Lastly, impressions which are not diffused to the user, have no impact. “

So what are the next steps?

With Google supporting this topic, many advertisers were shown that a major part of their ad budgets was wasted. Tech solutions such as Integral support advertisers on the way of finding out which are the best way to buy media and cut out losses.  So despite being a huge job remodelling this giant industry, it’s imperative for everybody to be looking in the same direction.

–  Focus on viewable impressions: At the moment a slight utopia but Mohan suggests to start with buying exclusively visible impressions. Meaning, only display ads viewed by the user would be paid for .

–  Adopt unique standard definitions: In addition to this, Mohan suggests to adopt a detailed single and universal MRC definition to be clear what exactly ad viewability means.

–  Solve the problem of discrepancies:  Mohan wants to minimise discrepancies and increase the number of measured impression by campaign. To achieve this, he proposes KPI’s directly integrated into ad platforms who directly diffuse ads on websites in order to avoid unfriendly iframes.

To conclude, Mohan admits that there is still a long way to go, with a particular focus on the currently growing mobile ad market. The priority is to be of unified opinions and all big digital players to push into the same direction, in order to enroll efficient standards as quickly as possible.